Mysore City is known as the cultural capital of Karnataka. Mysore was the capital of the Wodeyar kings who ruled over the Mysore Kingdom for many centuries. Wodeyars were great patrons of art and music and have contributed significantly to make Mysore a cultural centre.

Culture of Mysore is a fine combination of the historic heritage and the contemporary achievements of the city. The continuous patronage and support of the Kings in every field led to the evolution of a distinct style known as the "Mysore Style" in the all the fields like painting, architecture, music, poetry etc.

In a period of time as this culture spread far and wide it was prefixed with the word "Mysore" to identify the unique cultural heritage. To this day in Karnataka the best quality jasmine flowers are referred to as Mysuru Maligae (Mysore Jasmine). Mysore has also lent its name to popular dishes like Mysore Masala Dosa and Mysore Pak. Mysore is also the origin of the popular silk sarees called as Mysore silk sarees and has also given rise to a popular form of painting called as Mysore painting.

The Wodeyars and Vijayanagar kingdom were known to have spread the message of brotherhood and allowed the peaceful co-habitation of multi-religious people in Mysore. The Kings of Mysore have laid a strong foundation for communal harmony by making generous contributions towards religious centers of all religions. Mysore has been a city where all religions have co-existed in harmony for many centuries.

The Hindu community is the largest religious community in the city. Muslims form another prominent community in the city and there is a sizable population of Jains as well. Today, the gamut of religion present in Mysore tells of an important part of the culture of the place. Be it the Hindus or the Muslims all communities live in Mysore with sufficient cordiality. This shows the immense influence of the cultural tradition of Mysore which made the people live like brethren on a common ground.

The festivals of Mysore are a fascinating indicator of the cultural unity of the place. Inhabited by people of different faiths and beliefs Mysore becomes a common cultural canopy under which the various social festivals are celebrated by one and all. Dasara is one such major festival followed by the people of Mysore with enough mirth and enthusiasm.

The ten day long festival of Dasara is celebrated by the inhabitants of Mysore by taking out a procession in which the Goddess Chamundi idol is placed on a well-embellished elephant. All the houses of the city are beautifully decorated. The celebration not only includes religious ceremonies but also the decoration of houses, display of dolls, distribution of sweets to neighbors and children. The residents of Mysore have celebrated Dasara in this manner for decades.

Representing the inherent charisma of the oldest of traditions and events, Mysore Culture stands as a distinct identity of the place. 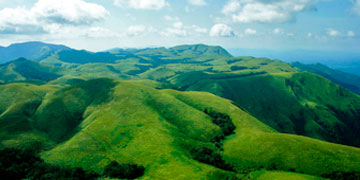